MEDICAL AID QUOTES
Get a quote for your budget

The bottom line is that no medical in South Africa covers the pre-existing pregnancy costs if a woman joins a scheme once already pregnant. Certain mitigating circumstances may be taken into consideration to acquire cover but this is rare. However, this should not detract pregnant women from joining a medical aid immediately. The cover on medical aid for the newborn baby, non-pregnancy costs and future pregnancies still makes medical aid a sensible choice. 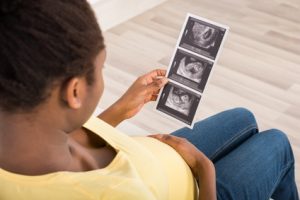 Pregnant women are often surprised and upset to discover that by joining a medical after falling pregnant, they will not be able to access the benefits for their pregnancy and childbirth. The reason why medical aids adopt this stance is valid when properly understood.

Up until recently certain restricted medical schemes, meaning medical aids for professionals within a certain industry or specific employer, would cover a pregnant woman if she was within the first 4 to 6 weeks of pregnancy. However, the industry is constantly facing challenges and medical aids have adopted stricter policies for various reasons.

There have been numerous cases in the past of pregnant women joining a scheme,  using the benefits of medical aid in having their pregnancy and childbirth covered and then terminate their membership shortly after delivery. Medical aids are non-profit organisations and pool the total contributions of its members to pay for medical services when members need it. By some pregnant women abusing the system, medical aids had no option but to restrict the cover of pregnancy and childbirth costs to new members who are already pregnant.

Let’s look at an example of how this system is open to abuse. Mrs. X is one month pregnant and joins a medical aid plan for R1,100 per month. Her monthly ante natal visits to her gynaecologist costs R700 and there are some additional blood tests to the value of R3,000 that need to be run by the gynaceologist. Her first 3 months of bills are not covered as per the general waiting period. Some 36 weeks (9 months) later she goes into labour and has a Caesarean section with a 3 day stay in hospital.

The total bill for the gynaecologist, labour theater and maternity ward during hospitalisation comes to about R30,000. In total she accrues a bill of R20,000 for the delivery, baby’s nursery stay as well as the prior gynaecologist consultations. Immediately after giving birth she terminates her membership having contributed a total of R9,900 to the scheme in her 9 months of membership. Ultimately it is the remaining loyal members of the medical aid that funded the R20,100 shortfall in her pregnancy and childbirth costs compared to her total contributions during her membership.

This is an oversimplified example and the reality is that the shortfall may have been much higher. Should the newborn baby needed to be in neonatal ICU, the bill could have exceeded R100,000. It therefore is unfair to the long term members of any medical aid to have a pregnant woman join a scheme since there is a possibility of her leaving shortly after childbirth. This impacts on the medical aid’s financial reserves and its loyal member base ultimately loses.

Women who are already pregnant should still look at joining a medical aid even if the pregnancy and childbirth costs are not covered. The reality is that the cover may be necessary in the future for both themselves and their newborn. Upon delivery, the newborn baby is instantly covered by the medical aid and this is hugely beneficial in instances when specialist pediatric care is necessary.

A premature baby may need to be hospitalised in the neonatal ICU for a few days or weeks which is very expensive. This cost will be covered by the medical aid even though the mother did not enjoy cover for her pregnancy and childbirth costs. There are several affordable medical aids for families since the baby cannot be on the cover alone, without at least one adult main member.

Ultimately it is about joining a medical aid before you need it. Similar to car insurance, we should be realistic about our future needs and expenses. Nobody signs up for car insurance after their car has been stolen or damaged, so why expect medical aid cover after you have a pre-existing ailment or once you fall ill? In rare cases where a member was erroneously suspended or terminated from a medical aid or there are other unique mitigating circumstances, a medical aid may consider covering the pregnancy and childbirth if she joins the scheme although pregnant already.

Medical Aid for Pregnancy and When Already Pregnant
MEDICAL AID QUOTES
Get a quote for your budget
Tagged on: childbirth    pregnancy
Articles 13 Comments

13 thoughts on “Medical Aid for Pregnancy and When Already Pregnant”